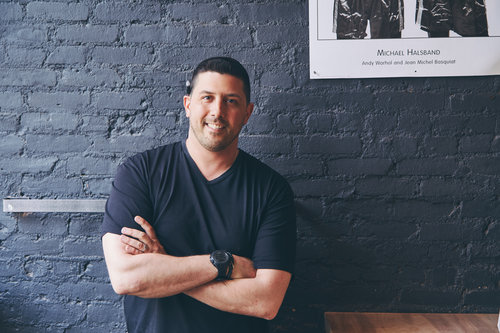 Qs + As with Joe Isidori

Joe Isidori is the Chef and Owner of Black Tap Craft Burgers & Beer, famous for their creative burgers and “Crazy Shakes.”  Joe was born and raised in NYC and is a third generation chef, inspired by his father and grandmother.  He opened his first Black Tap location in SoHo in 2015 and since then has opened four more locations in NYC and one in Dubai.  Joe has published a Black Tap cookbook, his burgers and wings have won multiple awards, and his shakes have received world-wide acclaim.

Q: What would you be if you weren’t in your current role?
A: Art director

Q: What’s the last hobby you picked up?
A: I just started boxing

Q: What’s your go-to “get hyped” song?
A: “Scenario”, A Tribe Called Quest

Q: What is the last picture you took on your phone?
A: My son, Roman

Q: What’s the best piece of business advice you’ve ever received?
A: Hold yourself accountable

Q: What is your go-to brunch order?
A: Eggs Benedict

Q: Where do you find your creative inspiration?
A: The streets of New York City

Q: If you were able to send a one-sentence note to your 13-year-old self, what would you say
A: Stop that

Q: What is your personal indulgence?
A: Taco Bell

Q: Is there anything else you want us to know about you?
A: I’m loud